World stroke day (WSD) is annually celebrated in October 29 with this year main topic entitles “Minutes Can Save Life”. It is acknowledged that million brain cells die in each minute during stroke attacks. Thus, it is important to recognize stroke symptoms immediately in order to administer quick treatment to the patient.

NINDS trial 25 years ago has found that administering intravenous thrombolysis (IVT) could dissolve the brain clot to recanalize the blood circulation. The limitations that this medication must be administered under 4,5 hours, thereby leading to harmful effect for longer duration.

Since 2015, numerous research and trials proved that endovascular thrombectomy (EVT) becomes an effective treatment for large vessel occlusion (LVO) stroke. It is therefore possible to do this procedure for up to 24 hours. It is emphasized that more than 24-hour administration could lead to high possibility of brain hemorrhage.

Stroke presents a huge burden, depicting the highest mortality and morbidity rate in Indonesia. The unexpected effect includes both the health and economic perspective. Upon considering its high morbidity, it is consequently uneasy to imagine when this case is experienced by the head family in his productive age.

Once this situation emerges, a family must deal with the loss of its main income, spending more sum of money to rehabilitate the affected member, along with spending more time to take care of their family, which means less time to work and generate money.

Each World Stroke Day solely becomes a ceremonial in Indonesia. We do education, seminar, talk to public every year without improving our IVT and EVT rate. Why?

Cost. Both IVT and EVT are expensive. IVT is covered by national health insurance (BPJS) but the price of the medicine itself has exceeded the coverage of BPJS. Unless it is government hospital, it is impossible to do this in private setting. Meanwhile, EVT is not covered by BPJS requiring 150-200 million rupiah. The question is “How many people in Indonesia could afford this sort of treatment?”

System. We must build a better stroke system in Indonesia. An example includes overseas medical system (such as in hospitals), having a Pre-Hospital Stroke System and In Hospital Stroke System. They analyze and refine this system time by time based on actual situation. They stratify hospital in the country, and rank them based on facilities and professional human resources

Education. We have so many hoaxes regarding stroke in our country. An example includes the viral search in the Internet with keywords such as “Pengobatan Stroke” in YouTube then one can find lots of unproven treatment, worsened by many to believe the comments as followed.

The belief on unproven and cheaper traditional treatment is more common rather than in treatment proven by science and research. The situation is exacerbated by the fact that some doctors even promote another pseudoscience procedure proclaimed to prevent and treat chronic stroke.

In sum, stroke is alleged as a devastating disease leading to health and economic burden. Thus, government has to act and pay more attention, along with doctor supported by the system above all. Until then, every World Stroke Day will be just another commemoration date. 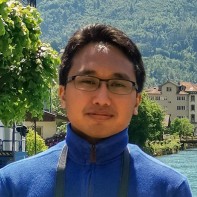